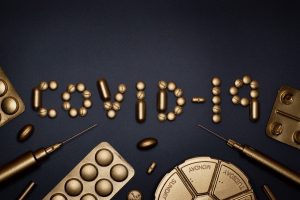 We have categorised our primary results into three. First, we detail the impact coronavirus has had on both employment and businesses at the start of the pandemic. Next, we assess the financial vulnerability of these businesses, as shown by the running expenses and cash on hand. Lastly, we report on these businesses’ expectations regarding how long the effects of the pandemic will last, and their economic survival, as assessed at an especially sensitive point for comprehending the impact of future policies.

Also, we asked the business owners to fill in a matrix containing the number of both full-time employees and part-time employees who were employed by the company, as of the survey data as well as on 31st January 2020. Across the whole sample, we noticed a 32% drop in the number of full-time workers between 31st January and late March 2020. As for part-time workers, the number has dropped by 57% since late January. Overall, employment dropped substantially, resulting in a 39% reduction from January’s count. Note that these numbers include businesses that were temporarily closed. If we only look at those that are currently running, the total number of full-time workers had dipped by almost 18%. On the contrary, the number of part-time workers saw a 34% dip. You can compare these estimates to other emerging data points. According to a similar survey done by the Atlanta Fed, sourced from Dun and Bradstreet listings, smaller businesses experienced a 10% dip in employment. Their survey included larger companies, but we focused more on the smaller ones, such as Serendipity in Fleet, Hampshire.

In addition, the Atalanta Fed survey did not properly sampler newer companies, which may have more substantial changes in employment. One can also compare our results to aggregated payroll data released by ADP (Automatic Data Processing Inc.). ADP is a provider of HR management software, which may have varying representativeness issues. According to their data, there was an 18% dip in regards to paid employment at companies with less than 500 workers between January and April. The problem with this data is that they considered everyone who got paid in April as employment, no matter if they were let go before or during the period. A closer look at higher frequency data on paychecks in ADP’s microdata, corresponding but independent work by Cajner et al. (15), shows that there was an average dip of 27% in employment for companies that hire less than 500 people and about 28% for companies with less than 50 people from mid-February to mid-April. Actually, these numbers are relatively small compared to the 39% reduction in employment for small businesses that we found, but higher than the Atalanta Fed survey’s estimates.

Next, we look at how the impact is distributed geographically. You’ll see our findings over the 11 Census divisions in Table 1, as well as the share of companies that had closed temporarily because of the virus and also the dip in total employment. There is not much of a huge difference in the results even if part-time and full-time workers are separated.