Sustainable advantage of an organization can be determined by its ethical capability. The short term adjustments made by the companies such as bribes and cartels will only be for a short period of time, it will never achieve a long time sustainability the organizations attitude towards the environment in which it is embedded. Ratan Tata the present chairman of Tata group has declined from airline industry because he was told to bribe then minister to enter the business, which he claimed to be unethical and against the policies the group follows. 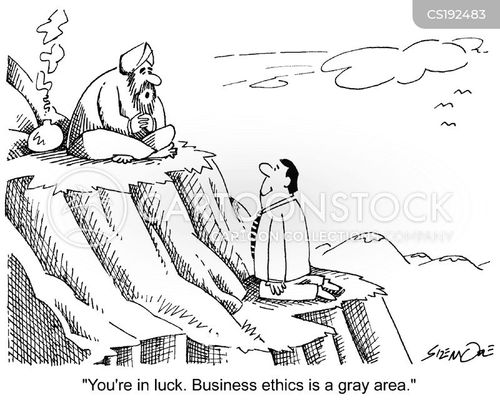 Under such conditions the individuals involved have two choices either to follow the ethical ways of the organization or “blowing the whistle” on organization. There are economists that assert that, in any competitive economy, ethics are impossible to uphold; that a company can legitimately bypass ethics with the excuse that unethical practices are the only way to make a profit.

If you start early, and instill a good sense of ethical conduct within your employees, or as an employee cultivate these ethics within yourself, then you can be assured of working in a company that will not fall prey to deceptive practices and fraudulent processes.

Unethical behavior where people deliberately intend to harm themselves or others, develops from and is reinforced by, destructive states of mind, including fear, greed, anger and jealously. If the organization does not pay taxes are said to behave unethically similar in the case of organization that does not give donations to public institutions such as schools, hospitals, police and other justice systems.